What Are Cannabichromene and What Are the Benefits of This Cannabinoid? 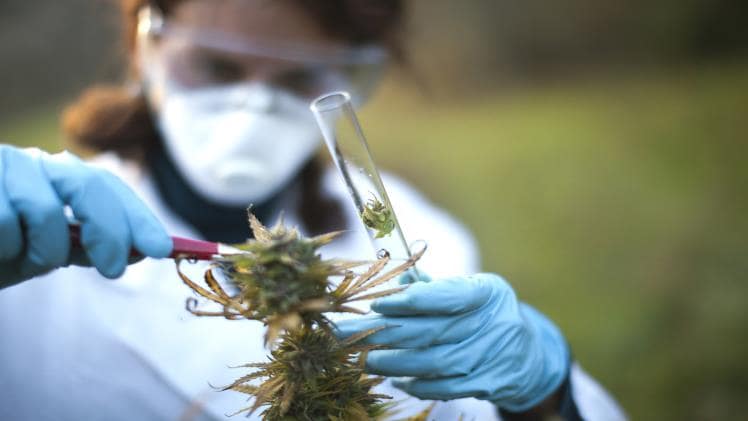 If you like chocolate, you’ve probably already experienced CBC’s mood-enhancing effects. Chocolate contains substances that interact with serotonin receptors, and CBC does the same. It activates TRP channels, which in turn enhance mood. It also has neuroprotective properties and may stimulate neurogenesis, which is essential to preventing many neurodegenerative diseases.

Cannabichromene is a significant cannabinoid produced by cannabis, but it’s not as well-known as CBD and THC. It interacts with the body’s endocannabinoid system to create anti-inflammatory, pain-relieving, and neuroprotective effects. Despite its new popularity, research is underway to discover how CBC works in the body and what it can do.

CBC Isolate  is the poster child for the entourage effect, which means that cannabinoids work together synergistically to enhance the impact of each other. A study published in 2010 found that combined CBC and CBD produced a more robust anti-inflammatory response than either alone. CBC effectively blocked pain caused by osteoarthritis associated with collagen when taken together. CBC benefits include pain relief, decreased inflammation, and enhanced memory.

In addition to preventing inflammation and improving mood, cannabinoids help fight cancer. CBC has also been shown to improve the performance of neural stem progenitor cells, which maintain the internal balance of the brain. The neuroprotective qualities of CBC may help prevent degenerative diseases, including Alzheimer’s. Further, CBD may be an antidepressant. The research findings are just the tip of the iceberg.

There are several reasons why CBC is thought to have a beneficial effect on the immune system. For one, CBC inhibits NO production by macrophages, which are critical players in the inflammatory process. Additionally, CBC inhibits the formation of nitrites, which are stable nitric oxide metabolites. Despite these reasons, it is still unclear whether CBC is effective in treating IBD.

Despite not slowing transit in control animals, CBC has been shown to normalize in vivo intestinal motility in a model of chronic inflammatory colitis (IBD). These protective effects of CBC were accompanied by changes in the expression of cannabinoid receptors (CRPA1) and TRPA1 but did not affect endocannabinoids. The anti-inflammatory effects of CBC were further supported by a study that showed that the phytocannabinoid inhibits EFS-induced contractions in mice. The mechanism may be mediated by changes in the expression of cannabinoid receptors (CB1) or other inflammatory factors in the gut.

CBC is a cannabinoid similar in structure to THC but doesn’t produce a ‘high’ like THC. However, it interacts with receptors in the brain called transient receptor potential ankyrin 1 (TRPV1) and vanilloid receptor type 1 (TRPV1). These two types of receptors are involved in pain perception, and CBC has shown promising results in reducing pain and inflammation in patients with cancer. Furthermore, CBC may fight acne and inflammation and be an excellent alternative to other pain-relief options.

CBC has also been studied with a CB1 receptor antagonist called rimonabant. CBC was given to mice i.p. at concentrations of 10 mg per kilogram. In addition, CBC was administered along with other cannabinoid antagonists such as SR144528, HC-030031, and AP18 at a 100 mg/kg dose. The data in these studies were obtained from experiments involving mice that were administered CBC in a single dose or over six weeks.

The CBC is a blood test used to diagnose various diseases, including cancer. In addition to determining underlying health conditions, it can be used to identify tumor markers. For instance, abnormal blood cell counts may indicate cancer has spread to the bone marrow. However, CBCs are not a definitive test for determining whether cancer has spread. This is why a healthcare provider needs to consider other factors besides cancer cells to determine the correct course of treatment.

A CBC is a series of blood tests examining the three main types of blood cells: red blood cells, platelets, and white blood cells. While the number of these cells may seem significant, they all serve a specific purpose. Cancer cells, for example, can damage these cells and lower the patient’s CBC. To determine the number of neutrophils, a health care provider multiplies the patient’s total WBC by the percent of polymorphonuclear cells. The ANC of a patient with a neutrophil count of less than 1,000 is a red flag for an increased risk of infection.